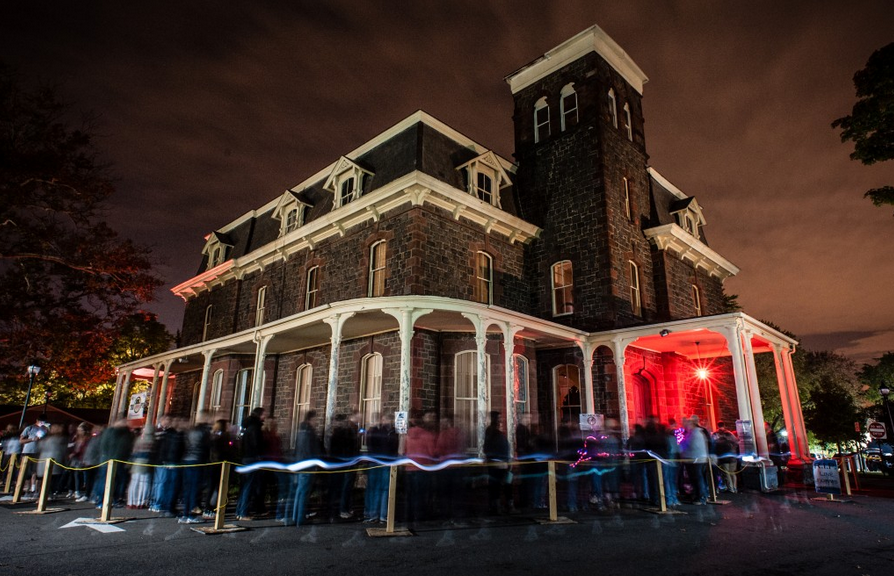 With a history dating back to the 1700’s, and its fair share of Civil War and other battles, Loudoun has become “HOME” to many ghosts, goblins and other haunted sites certain to scare you to death. Our happy haunts love to come out to play in October and scare the heck out of the most hearty residents and visitors to the area. If you are looking for a frightfully good time this Halloween, check out these local haunts.

Billed as Northern Virginia’s only “Real Haunted House”, Paxton Manor is the story of the Carver Family who were banished from the Leesburg area and forced to live in nearby caverns. After one hundred years, they have returned and are taking back the family’s thirty-two room manor. Visitors are required to sign a waiver due to the scariness of the attraction. Admission is $30, with all proceeds going to benefit Loudoun residents with disabilities. 601 Catoctin Cir NE, Leesburg, VA 20176

Night Maze at the Plains

Everyone knows that navigating a corn maze at night can be scary, especially when there are surprises at every turn. In the case of the Corn Maze in the Plains, you need to be sure you bring a flashlight or you might not come back alive. Compared to the “fear factor” of other attractions, its not as scary, however its not for everyone. Admission $10. 4501 Old Tavern Rd. The Plains, Va 20198

On land that used to be the location for an elite children’s boarding school, lives an old caretaker said to have become bitter over his failed career as a circus clown. Taking pleasure in the terrorization of the students, he was said to have “gone too far” after being fired from his job, but he was never charged with a crime. You can now experience the terror in the woods where the school was located, including a special tour where thirteen children from the school disappeared mysteriously one night. Admission is $25 which includes a special ticket to a new attraction, the Haunted Asylum. Algonkian Regional Park 47001 Fairway Drive Sterling, Virginia 20165

The American consumer was slow to catch on, but today we have a growing awareness of the environment and how it’s impacted by humans, ... See MoreSee Less

Should You Mulch in the Winter?

Winter mulching is a critical tool for gardeners to help prevent plants from succumbing from frigid conditions, particularly in cold climate areas.
View on Facebook
· Share