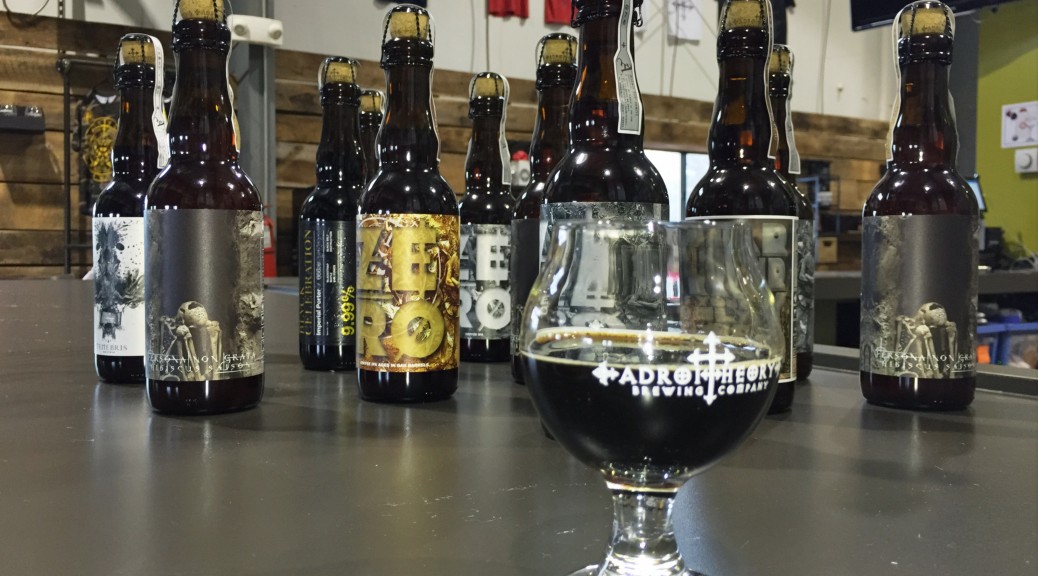 …twelve “Kick Butt” Beers and a membership in the Black Heart Society!

Does your true love enjoy craft beers from a local brewery? Do they want to be part of a secret society that gets them early access to a beer that has never been tasted by ANYONE before (except the brew master, of course)?

Then get your true love a membership in the Black Heart Society, a members-only club for fans of Adroit Theory Brewing! Members receive access to six special beers brewed exclusively for BHS members and are entitled to special benefits throughout the year!

Adroit Theory Brewing Company is a new nano brewery specializing in esoteric brews with an emphasis on Barrel Aging. Located in Purcellville, Virginia in Loudoun County.

Erin Kavanagh
http://www.theforyougroup.com/atj/user/ContactUsGetAction.do
Facebook: http://www.facebook.com/TheForYouGroup
(All of the days will be shown on December 23, 2014)

The American consumer was slow to catch on, but today we have a growing awareness of the environment and how it’s impacted by humans, ... See MoreSee Less

Should You Mulch in the Winter?

Winter mulching is a critical tool for gardeners to help prevent plants from succumbing from frigid conditions, particularly in cold climate areas.
View on Facebook
· Share