…three Grandfather Clocks! (See the History for the Rest of the Song!)

For the first time ever, more than 50% of college freshman didn’t have a watch when they started school this fall. Sure, you can keep time on a phone, but nothing beats the classic beauty of one of these Grandfather clocks! Visit the nice folks at Eastern Standard Time today for a nice holiday gift!

Frank’s interests in clocks began at the age of 10. He got his start by helping a neighborhood clock maker and was taught the basics of clock restoration. Later in life, Frank received his formal training in Horology by attending Gem City College of Watch/Clock Making of Quincy, Illinois. He now specializes in mechanical and antique clock/watch restoration. He has been working in the field for over 25 years.

Frank’s daughter, Karla Palasciano went on to college and then to study horology before joining her father at  Eastern Standard Time in 2002. Karla is a valued colleague and talented clockmaker.

Eastern Standard Clock Company relocated to Purcellville in 1995. Since then the business has flourished under the guidance of these two master horologists. The clock shop has grown to become an integral and familiar part of western Loudoun County, Virginia and is well known for providing unhurried and uncompromising craftsmanship, expertise, and service.

…Two Bottles of Spirits! (See the History for the Rest of the Song!)

Recent reviews on Yelp include:

Catoctin Creek® Distilling Company was founded by Becky and Scott Harris in 2009 as the first legal distillery in Loudoun County since before Prohibition. We are located in Purcellville, Virginia, in the heart of the Loudoun Valley. Loudoun County, often called D.C.’s Wine Country, is home to more than twenty vineyards and wineries, and it now has a distillery.

…the Instrument of My Dreams!

10% off all accessories with the purchase of any instrument priced at $499 or more.

Shamrock Music Shoppe was voted Best Music Instruction in Loudoun County which is an honor of which we are very proud.  Our Lessons Program offers lessons for almost any instrument. Our expert instructors ensure that you will have a top notch learning experience where we will help you reach your goals.  Our instructors are talented musicians with a desire to teach and share their passion for music. Weekly private lessons are for 50 minutes per session or 25 minutes for young children.

“Love this place.  Quality stock, great employees and super lessons.  This is a terrific spot!”

Founded to inspire the musician within you, we provide outstanding instruction and more to help nurture your musical passion. Let Shamrock help you along your musical journey! 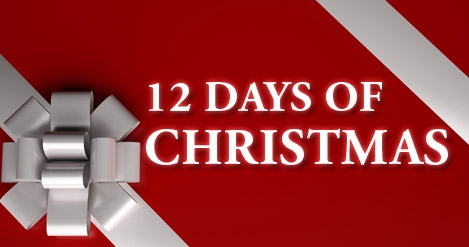 We will be posting daily a few pictures from a local business including a link to their website and information about a special gift or deal that they are featuring as part of a “Shop Local” concept. Keep an eye on your feed to look for the daily posts, and one last one that includes all Twelve Days of Western Loudoun Christmas. You can find them all at: www.facebook.com/TheBushRealtyGroup.

Please consider patronizing these local businesses as they are part of the fabric of our community and are “hidden jewels” that most people pass daily on their way to shop in other places. Also, if you would LIKE the posts as much as possible so that as many people will see them as possible and bring business to these awesome local places during the Twelve Days of Western Loudoun Christmas!

Finally, as a last note, please excuse if we slightly deviate from the standard twelve days theme, as we know that few people will want to purchase “Seven Lords a Leaping or Twelve Maids Milking”!

Thank you in advance for your interest, and Happy Holidays to All!